Seemengly just vegetable but it is more behind them.  I asked my Japanese friend a netsuke carver Shikamasa to explain more the motif and here are his words:

The eggplants are so popular motive for sword fitting.
A eggplatnt/茄子 itself is one of engimono/lucky items, as its pronounceation
“nasu” is same as 成す/achieve, but there is another reason, I guess.
Have you ever heard of “ichi fuji ni taka san nasubi”?
It means “Mt.Fuji as first, pepper comes second, then eggplant as third”.
We believe they are lucky symbol for the first dream of every new year’s day.
There are some opinions to tell the three items’s choice, and the most famous one is because Ieyasu Tokugawa liked them. Mt.Fuji is in his hometown, he loved eagle hunting, and the eggplant is his favorite food.
A pepper is called here takanotsume/鷹の爪, means eagle’s claw, as its form is similar. So the pepper can be a symbolized eagle. It means, fuji might be also hidden somewhere…. 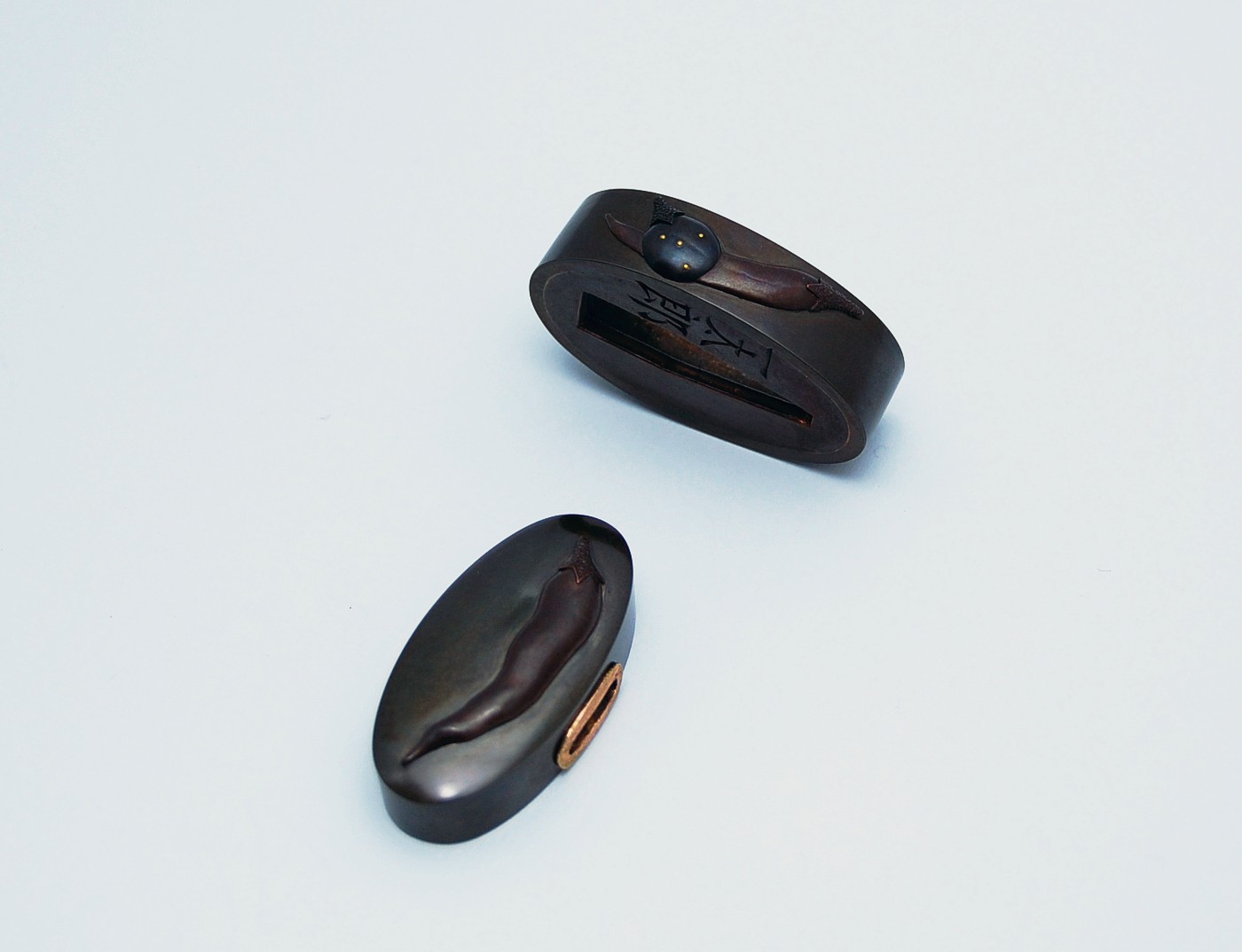 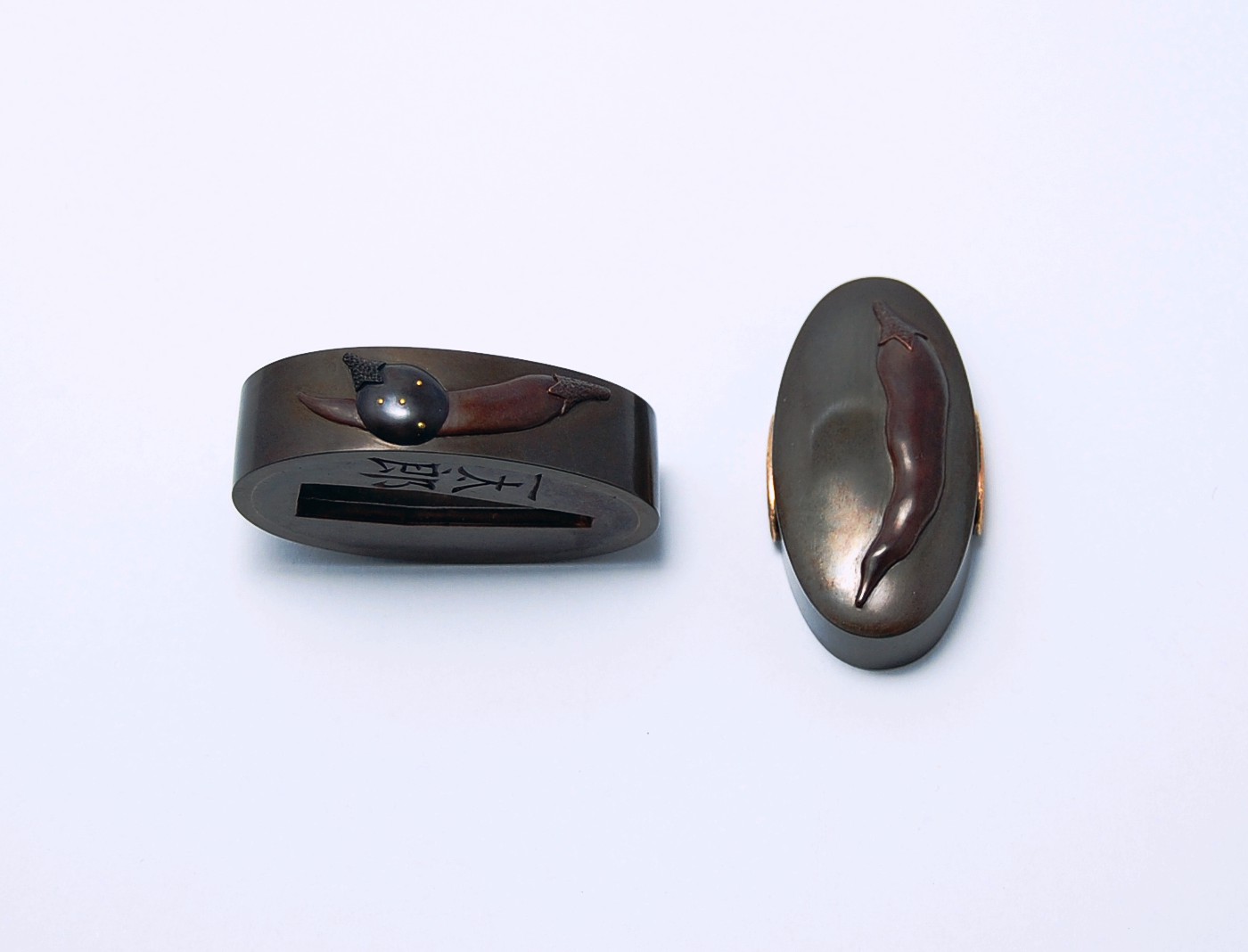 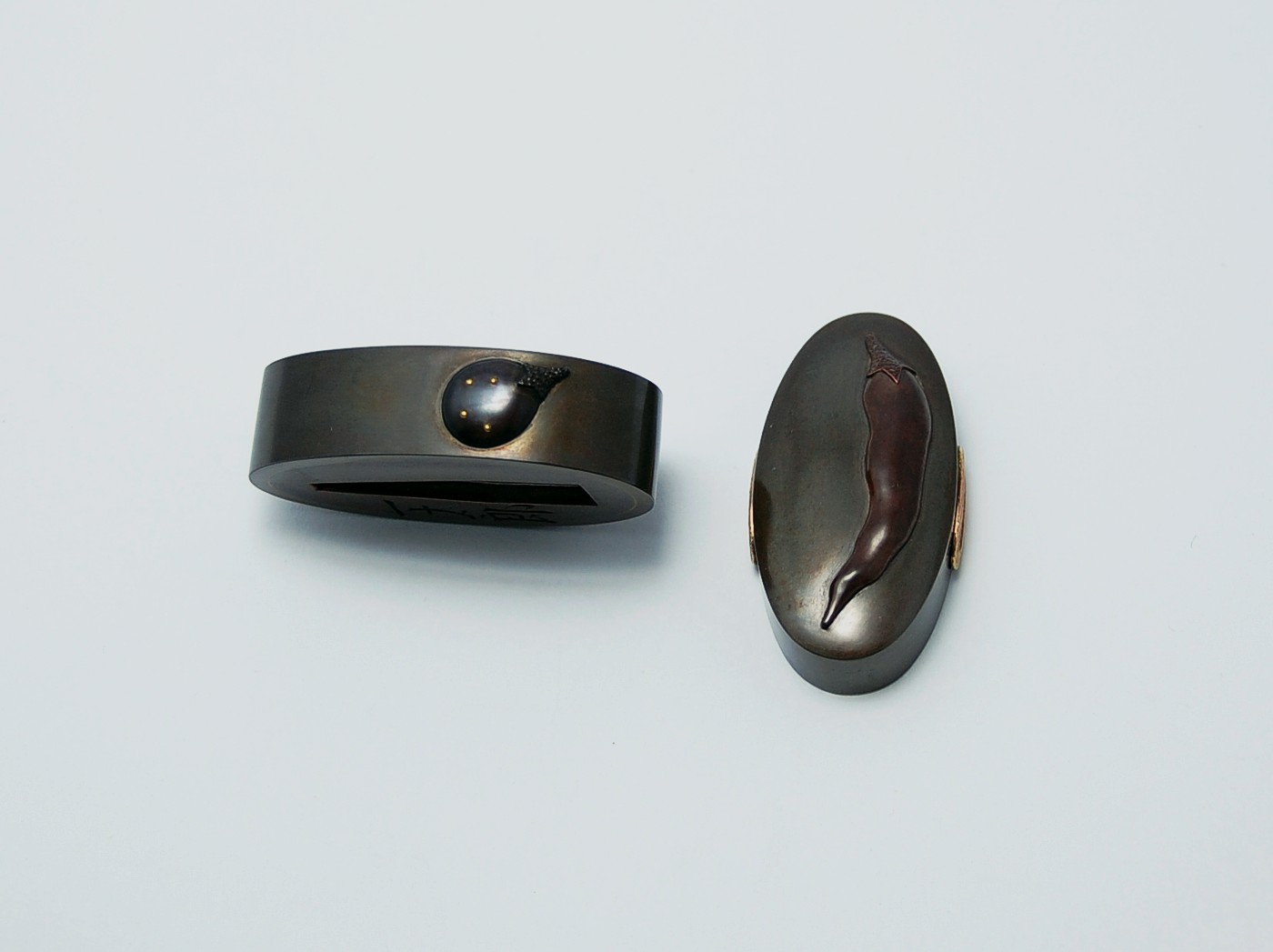 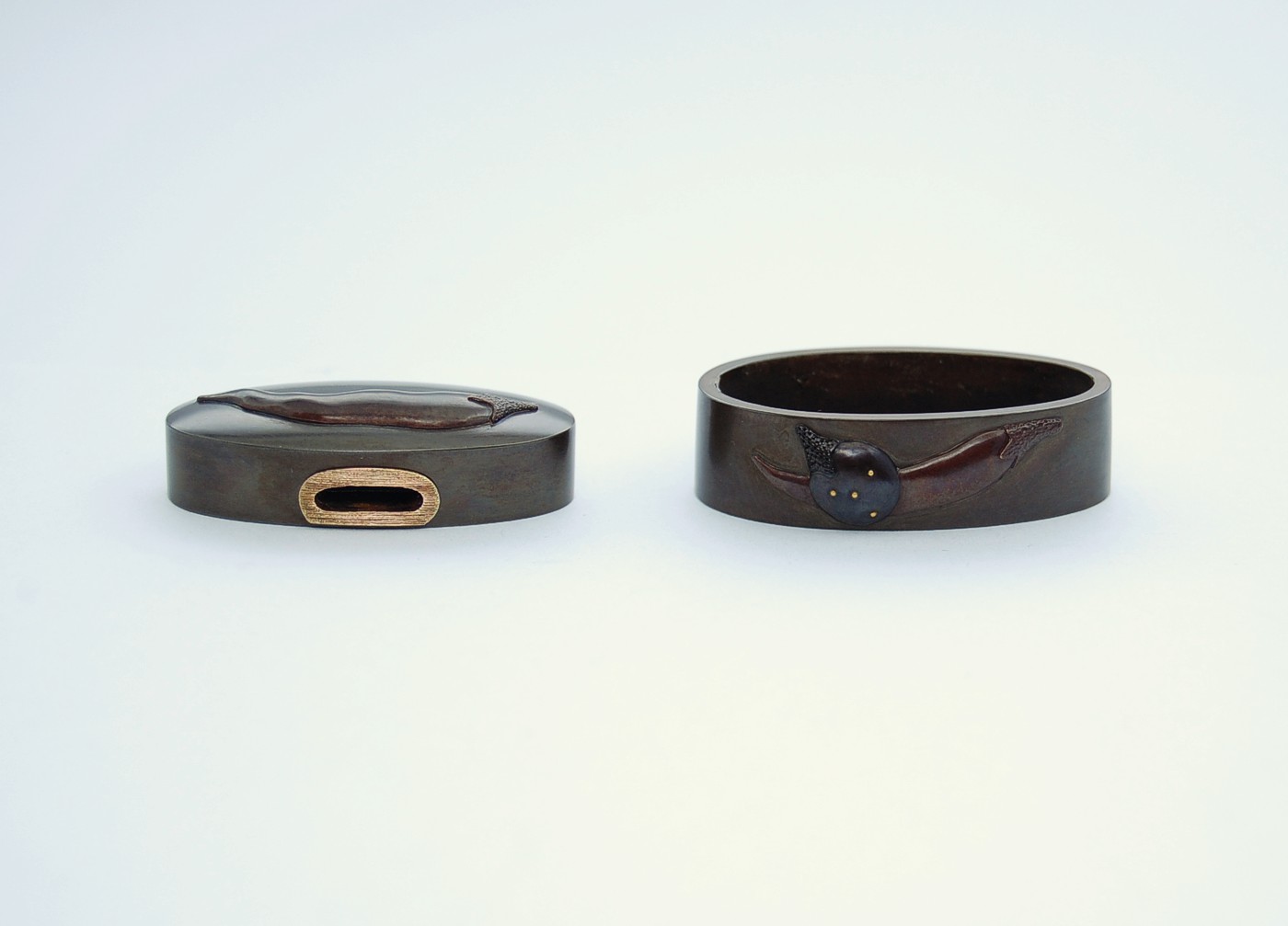 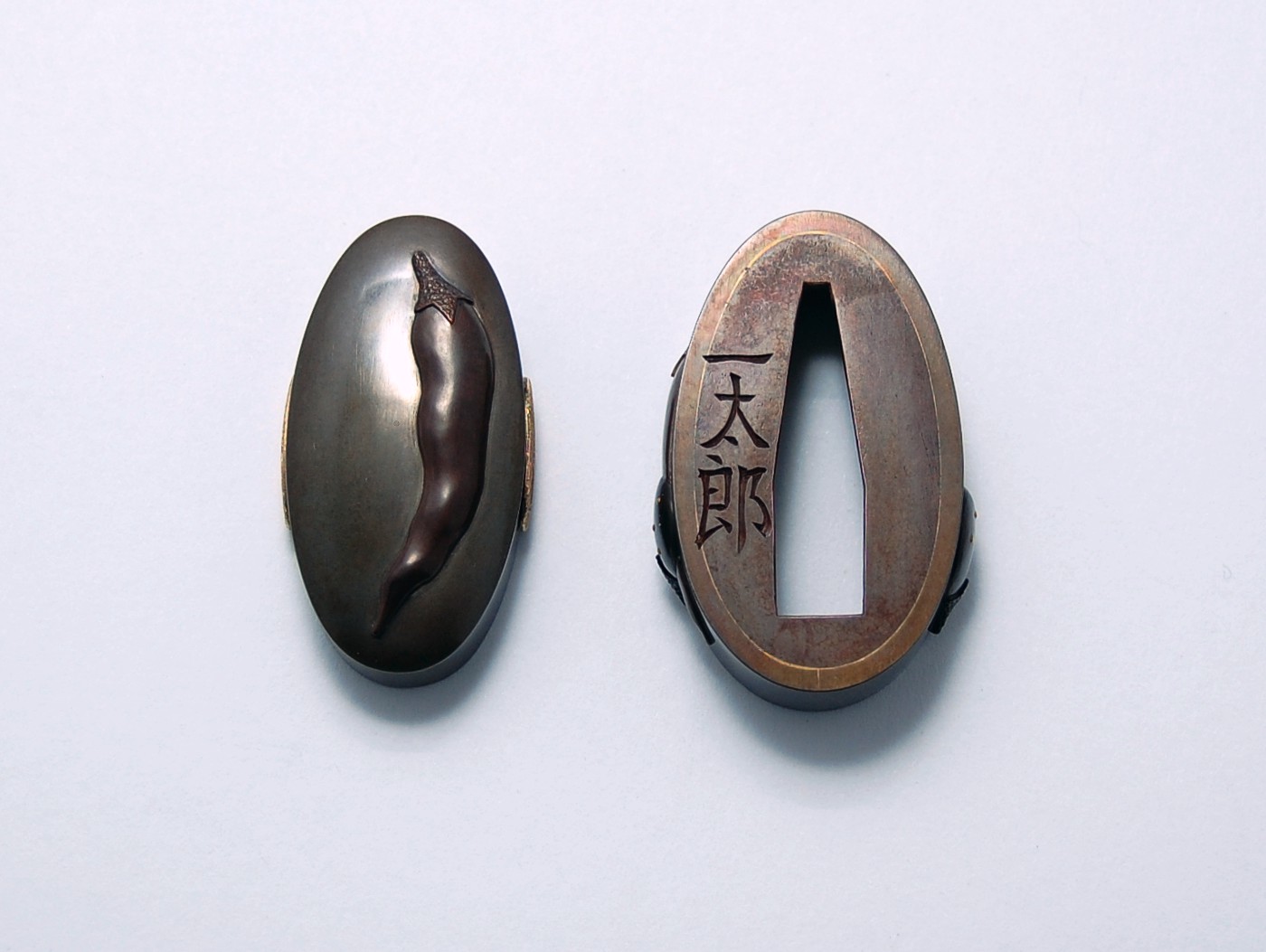 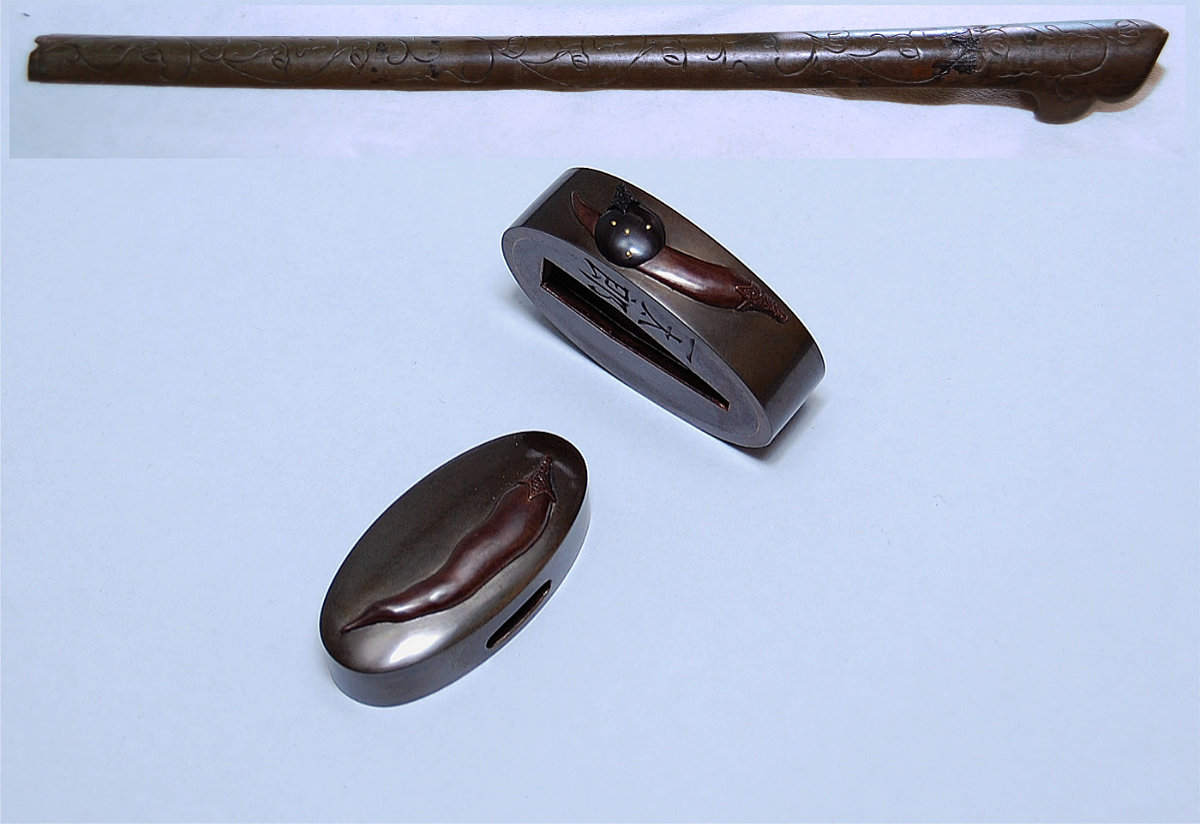