Feb, 12, 2020
A brass tsuba from Nara Toshimitsu 江府住奈良利光 with shibuichi and shakudo inlays. When I got it all tigers appeared to be just the same colour like background. But gilding showed on tigers after test patina. I suppose that it was done later for better sale purposes. Because gilding didn’t meet masterful craftsmanship of the tsuba. Background around tigers, eyes, fangs and pine branches was poluted by gold which was very unpleasing regarding to overall neatness (you can see in photos from my phone.). To remove gold from carvings was impossible so I decided to clean background and re-do gilding of tigers. Patination of shinchu and sentoku is material for writting a book.There can be achieved many colour tones from yellow-green to brown-green to nice dark brown, often confused with copper. Brass has good ability to turn into these yellow-green tones itself in a specific enviroment, but rarely is patina even without further treatment. Sometimes it can be used for artistic intentions for play with darker and lighter tones. But it has limitations regarding to other metals. So I attached a tsuba from colection of Museum of Fine Arts boston by Unno Shomin (despite they have written copper, it is brass) to illustrate using this particular colour “setup”. 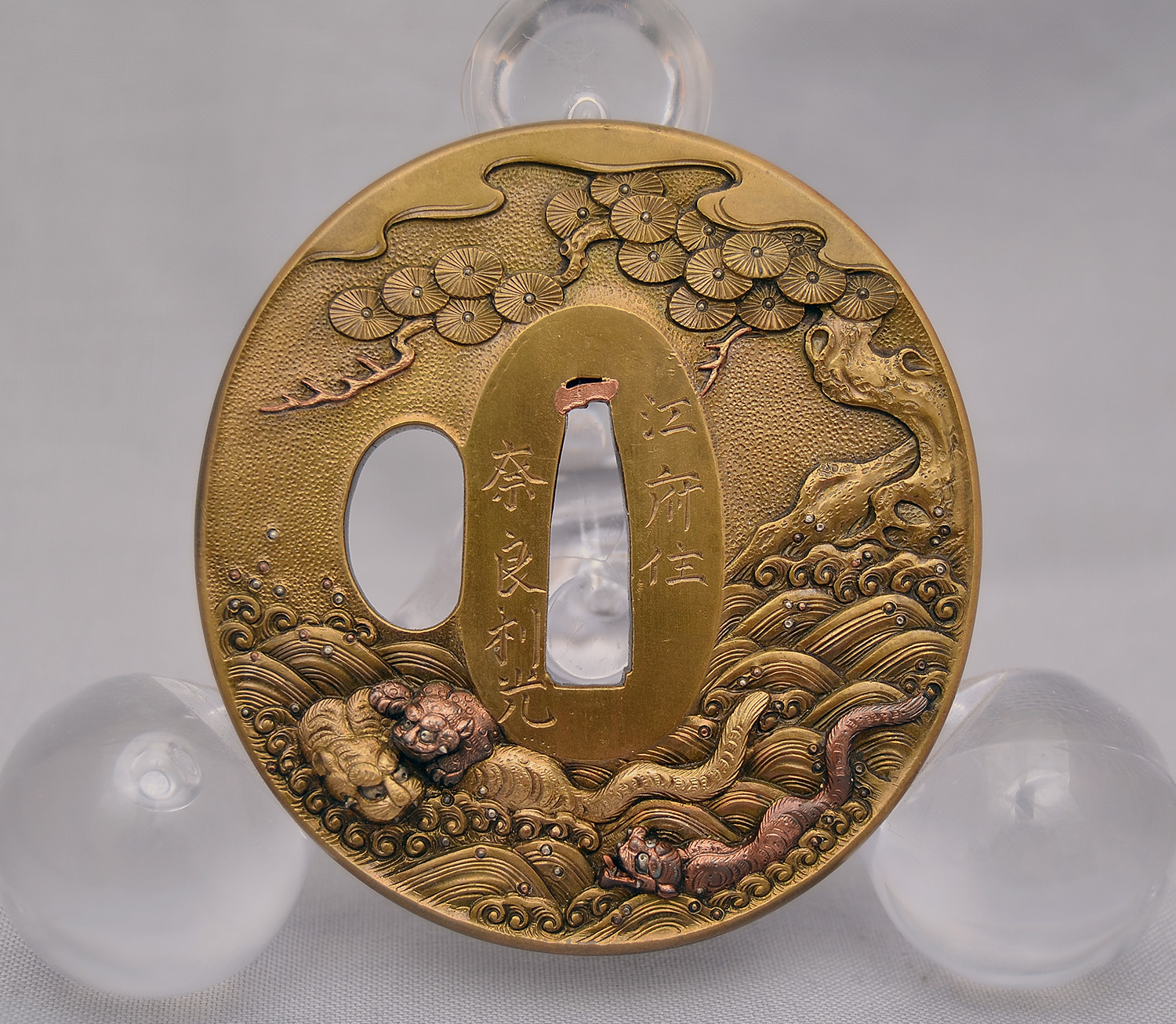 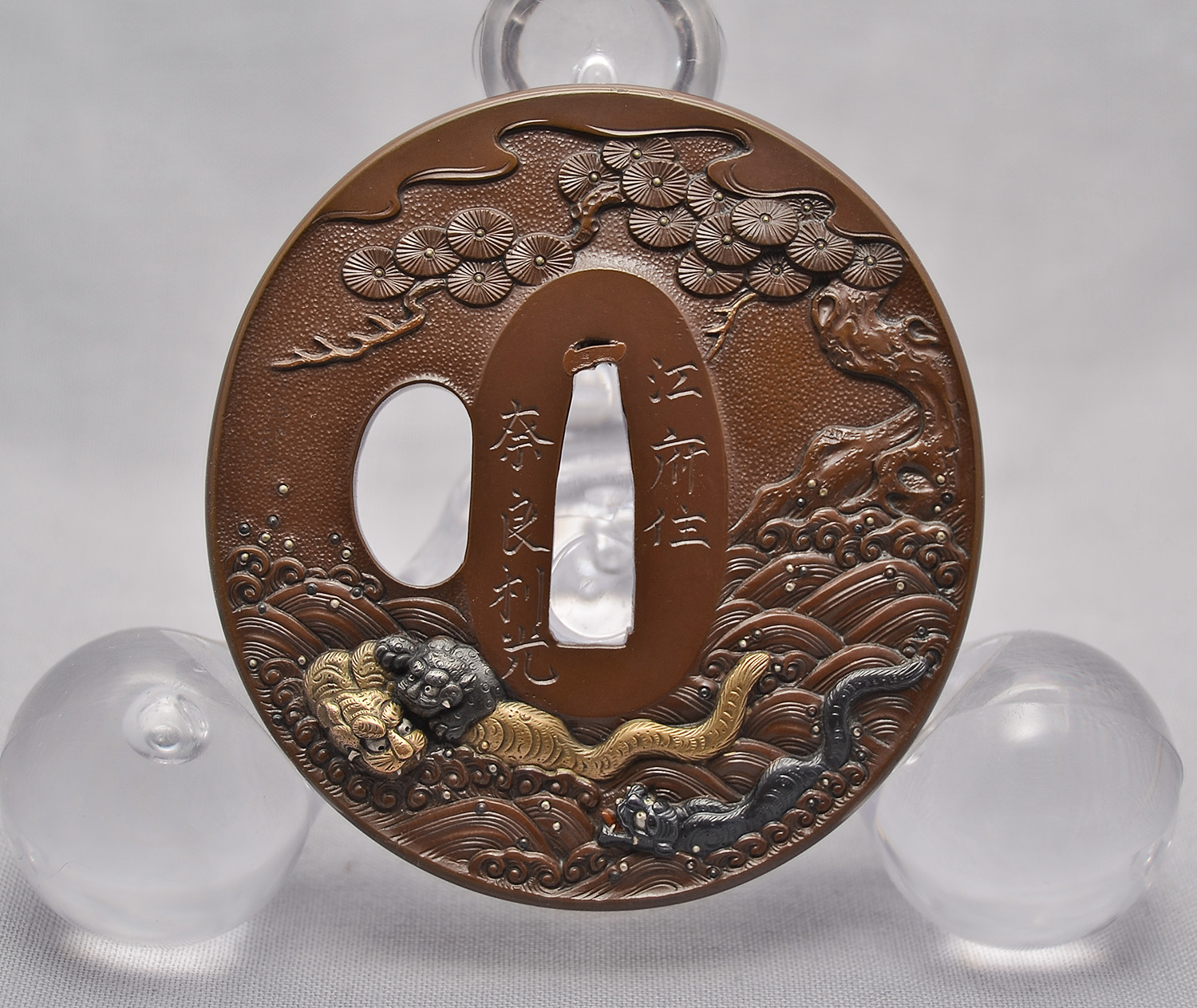 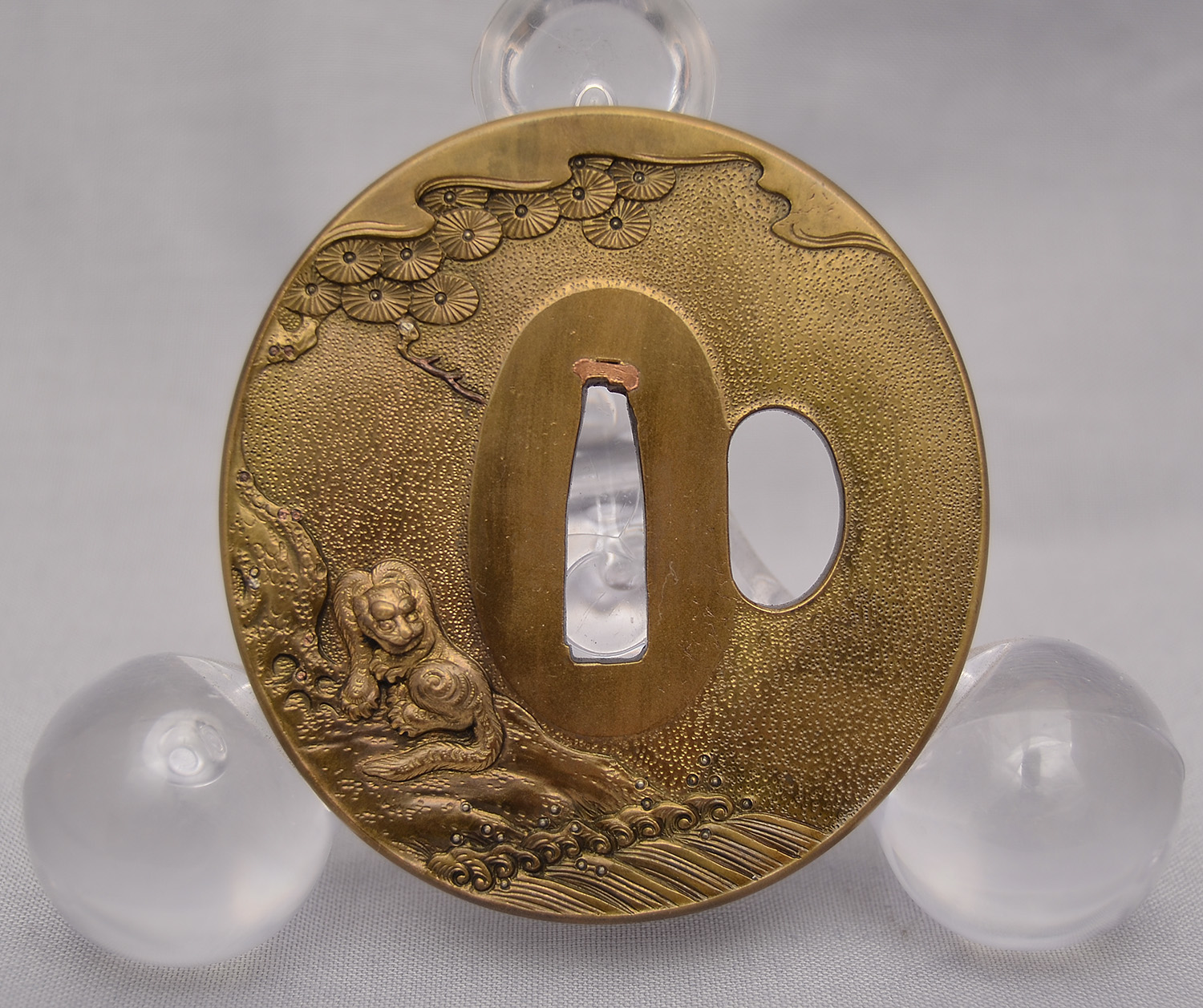 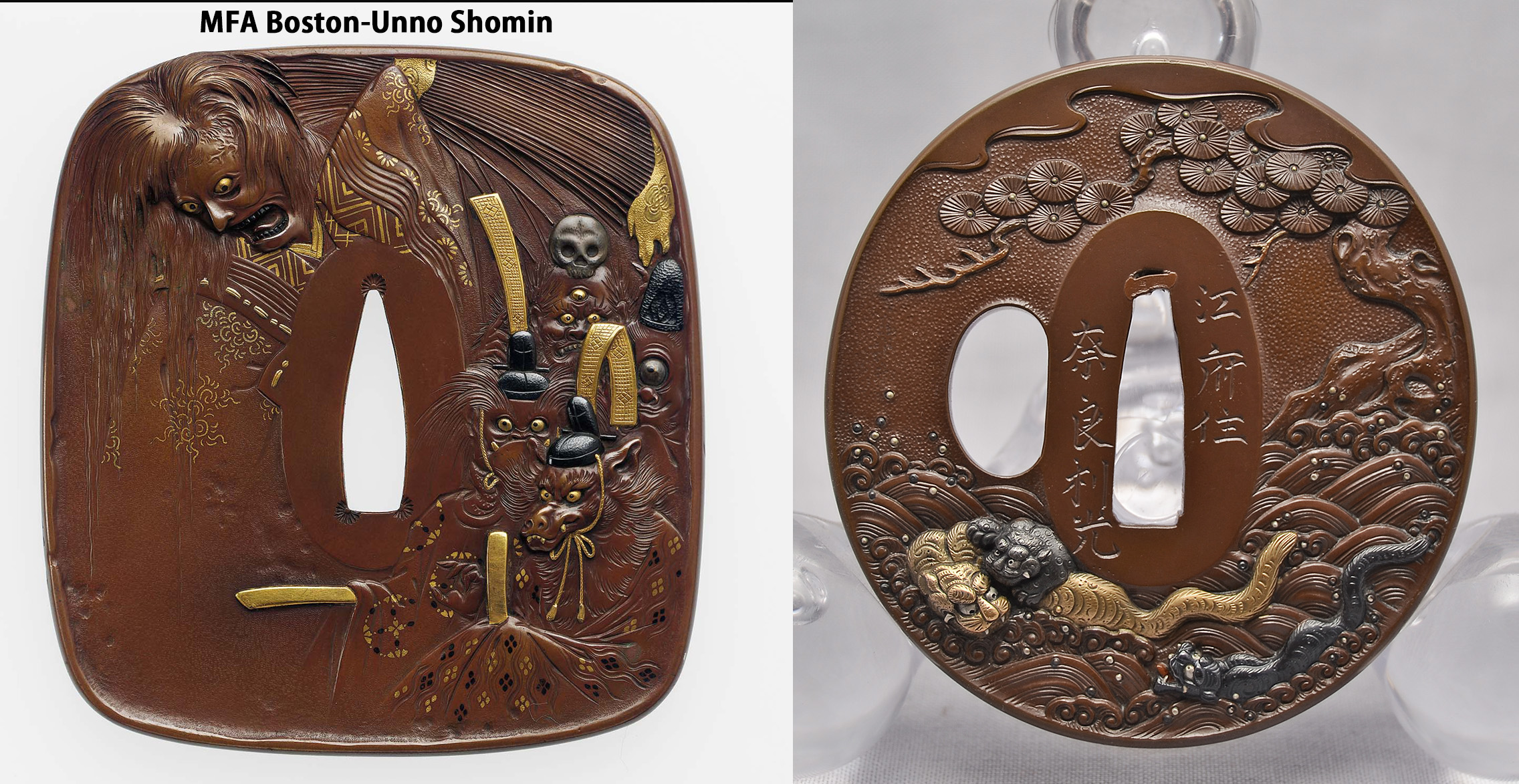